So I did this weird thing and shared my current three crushes on my Instagram story. 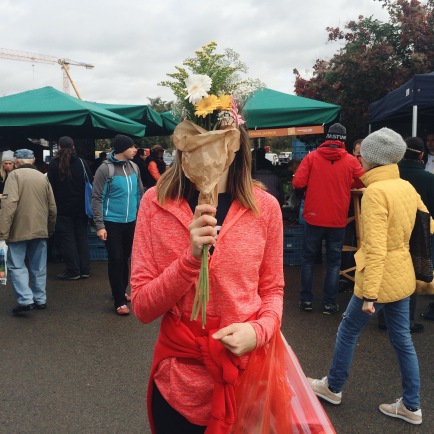 Here’s the thing: what I have realized is that if you have a crush and do nothing about it, then you’ll never know if it could work. And when you do end up doing something about it, sometimes God steps in and says, “No way, no how” or “Now ain’t the right time, but try again soon,” or “See what happens when you taken an opportunity that I gave you? No it didn’t go anywhere, but you learned something, didn’t you?”

I’ve learned a lot in my trial and errors.

Feeling crazy and want to send a Facebook message? HA. God stepped in and said no way, but you did it, didn’t you?

Think a guy’s too cute to handle and end up dancing with him at your best friends wedding?  We were given the opportunity, no it didn’t work the way we thought, but hey, we took the chance and learned from it, didn’t we?

Two things I learned from those trials and errors: I really want whoever I end up with, my dream guy essentially, to really love to dance. And I really want him to love making up stories. And to make me laugh, like all the time.

Back story: My dad and I would walk my dog, Mavis, together almost every evening. To waste time, we would make up poems that rhymed with the words booger and poop (thanks dad for supporting my weird side). And after almost every dinner meal, my mom, brother, and me would sit around the table laughing hysterically as my dad impersonated his favorite TV character.

I want someone to do that with me. To sit next to me and make up ridiculous stories for 20 minutes with bogus endings just because he enjoys such things. I want someone to make me laugh until I am falling out of my chair struggling to breathe. And I wouldn’t have figured that out unless I met a really awesome guy who reminded me of those simple joys and laughs that I once shared with my Dad, and then, with him.

That guy was a step in the very right direction after my last relationship, and I am thankful for the things I learned from it and the friendship that came from it.

But now I have 3 new crushes. And all three have lead me to learn more of who my dream guy would be/is.

And I am going to share those 3 crushes with you now.

FIRST THINGS FIRST. Ben Rector. Not only do I love Ben Rector’s voice and the fact that he loves Jesus and half his followers don’t know that, but his lyrics of joy and love about his life and his wife are just awesome. So naturally I’m in love, and have learned from Mr. Rector, that I deserve to have someone feel the way he does about his wife.

SECOND: Chad Michael Murray. But really just the Chad Michael Murray in Cinderella Story and the first few seasons of One Tree Hill- before he becomes a jerk and dyes his hair bright yellow around season 3. Chad, in his character forms, cares a lot for the girls he loves, and doesn’t care what others think when faced with having to choose between football or the girl of his dreams. He always chooses her. Just another thing to add to the list of my dream guy if I do say so myself.

THIRD: I can’t say this guys name, because he is a real person where I would have a real chance of him hearing about me spreading the word of my secret crush on him, BUT also wouldn’t be mad if he found out. The reason I have a huge crush on this random guy who only knows me from a single comment I left on his blog, is because he craves adventure and runs after Jesus. I knew I wanted that in someone, but never have I ever seen those two things put together in the way I truly desire the guy of my dreams to be- until I ran into his blog. Also, he looks like Ben Rector, so I’d technically be killing two birds with one stone if anything came out of this crush thing.

2 out of 3 of my crushes are only far away dreams, and the third is pretty close to that too, but I read a blog recently that talks about how if you do nothing about your current crush, waiting 10 years may actually crush you when you lose your chance to a girl who boldly sat down next to your crush at a coffee shop.

So how do women do something about their crushes? Well that blogger shared- they throw carrots.

Not entirely sure where this girl got this saying from, but I do know that I actually love it with all my heart.

Because no chivalry is not dead and never should be, but who said women can’t go up to the guy and take a chance and tell him he’s cute and she’d love to grab lunch?

Who said women can’t message him rather than waiting ages for him to even notice she exists?

Because nothing can happen unless you take a chance. Crushes can’t know about your crush unless you tell them- because girls, I’m sorry, no matter how hard you try or want it to happen, men can’t read your minds. It’s just the cold hard truth. 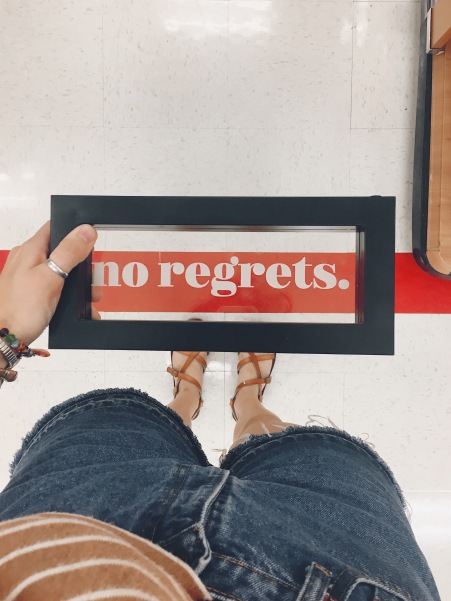 So girls? Throw the carrot. Take the chance. If you’re turned down or it doesn’t work out, thats just pushing you in the right direction to your dream guy.

Throw a carrot girly. And you too dude- just ask her out, okay?

ALSO- was on the phone with my good friend Morgan talking about wanting to “throw a carrot’ to a cute guy in the coffee shop I’m at, but then he walked out and I lost my chance. But like Morgan said- “At least you now know that he works on Mondays.”